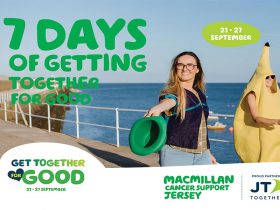 ‘GET TOGETHER FOR GOOD’

Just Say It is the debut novel by Tessa Barrie, who has lived in Jersey since 1981.

Set in Gloucestershire, London and Portugal, it is the story of Lisa Grant and the tenuous relationship she has with her narcissist mother, Elizabeth.

The story starts in 1999 when former journalist Lisa turns forty. She still bears the scars of her dysfunctional childhood.  The knock-on effect of her mother’s serial lies and controlling behaviour have prevented her from committing to a long-term relationship in her adult life.

In an attempt to avoid a midlife crisis, Lisa explores the last forty years by writing a spoof about her life, but it only scratches the surface of the problem. Her mother.

Lisa has always believed that childhood trauma might be responsible for her mother’s lack of empathy. Little is known about Elizabeth’s life before she came to London at seventeen as a blushing debutante. So, Lisa harnesses her journalistic skills to explore her mother’s life from her birth in 1940.

Lisa is shocked by what she discovers, but can she find it in her heart to forgive and learn to love her mother?

Despite the bittersweet connotations of this family saga, you will find laugh out loud humour throughout.  One review described Just Say It as ‘a modern and relatable tale interweaved with episodes of upper-class family secrets that make it feel like a classic novel.’ Another thought it was a romp!

Incorporating humour into her writing is important to Tessa.

‘Life can be complicated, frustrating and all too often, tragic. Reading books is a form of escapism, taking the reader to an alternative reality. I aim to capture the fragility of human emotion and combine it with humour. Humour doesn’t ignore anguish, but it makes it more bearable.’

Tessa hopes to launch her second novel, a murder mystery spoof called The Secret Lives of the Doyenne of Didsbrook, in December 2021. 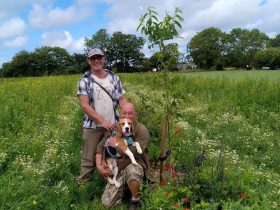 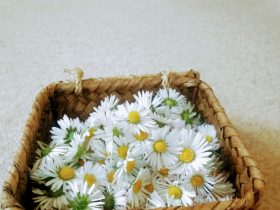 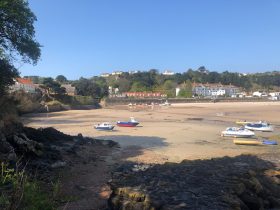 ‘GET TOGETHER FOR GOOD’