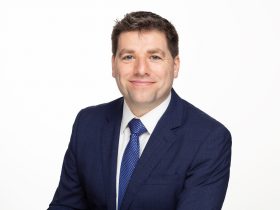 How businesses are inadvertently setting themselves up for failure!

It’s no secret that things have changed quite dramatically in recent times and whilst it certainly isn’t all bad, the margins for error in business couldn’t be lower than they are right now. So why then are most businesses failing to get the best out of their staff especially when both parties would benefit massively if they could just utilise this one thing!

I’ve been in the business of coaching and consulting businesses worldwide for twenty-seven years and I have noticed two things, either they don’t understand the power of expectation or they are using it unconsciously which means that they are unable to use it consistently which leads to sporadic and inconsistent results at best!

After I’ve worked with a company the most frequent thing I hear is “Why hasn’t someone told us about this before?” which isn’t surprising as I believe it’s one of the best kept secrets in business and when you can harness it, you will not only have more productive staff and enjoy increased productivity, you will also enjoy higher levels of staff retention directly due to the job satisfaction that is sure to follow.

You may recall from your school days that if a schoolteacher didn’t like you, you often performed poorly in that class whilst you did much better with a teacher who treated you favourably, not only that, you actually enjoyed being in that teacher’s class; sound familiar?

It should come as no surprise then that the area of business shares many similarities with your schooldays, albeit there is more to it than briefly covered in the example above, it is however extremely easy to implement and derive successful outcomes from, if you know the formula by which to put the power of expectation to work.

Is it manipulation? No not at all, it’s simply learning how to work with people in a way that benefits both them and the company equally and no one is going to take issue with that.

But it’s not just about the words we use – people are far too sophisticated for that! A significant amount of our communication is subconscious which is why we often find ourselves distrusting people even when they are saying what they think we want to hear. Our intuition picks up on the incongruencies between what they are saying and their nonverbal cues such as facial expressions, tone of voice and gestures as well as their unconscious intent.

The power of expectation should be embraced by everyone both in and outside the business world without question as it is the ultimate double-edged sword – creating an environment of opportunity that fosters people’s inherent desire to excel in life, whilst   simultaneously driving the company onwards and upwards for the benefit of all concerned. It simply creates the ultimate win-win situation for everyone which ordinarily isn’t an easy thing to achieve and utilising expectation also sets the stage for positive self-fulfilling prophecy to occur.

We embrace a four-part strategy for achieving this which works universally irrespective of the setting regardless as to whether you are a company, school, service or even a sports team – because we all fundamentally respond to the same stimulus and essentially all want the same things; to be profitable and to fulfil our potential in whatever field or stage of our career we are at.

To be quite frank most of us are failing to foster the gifts that everyone has to offer and because of this we are denying our companies the opportunity to grow and not giving the individuals we work with the opportunity to excel within the realm we operate. But it doesn’t have to be this way and it never has. There’s an old saying that most people go to their graves with their music still within them, their potential largely untapped, often as a result of working within companies that have failed to live up to the vision their leaders once held. Many don’t know how to capitalise on their staff’s unique abilities.

So sadly, everyone loses when it need never have been the case! But it can all change starting from now!

E-mail us to set up an appointment info@markbakerspeaks.co.uk and discover how we can help you transcend your current situation and surge onward to the next level of success… 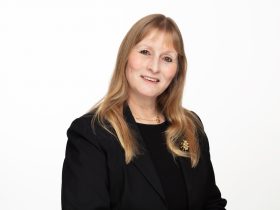