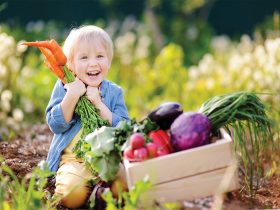 Yes, that alarm still needs to go on during lockdown, says
Jenny Stallard.

From the commute or school run, to lunch breaks and ‘home time’ or the
gym, our days are normally governed by routine.

But in lockdown, everything’s changed, and rather than relying on train
timetables or school bells to keep our routine in check, we are left to
our own devices. And it can be easy to let things slip.

However, routine is hugely important, not just to get tasks completed,
but for our wellbeing – and that of those we live with, too.

Louise Goss, founder of The Homeworker Magazine, an online and print
publication focusing on all the aspects of working from home, advises:
“The importance of a routine right now is stronger than ever. While a
routine allows you to develop good, healthy habits, it also provides a
sense of safety.

“At a time when the outside world can appear quite daunting, and there
is so much uncertainty around, those morning rituals can keep us feeling
secure and with a sense of normality.”

It’s harder to cross things off the ‘to do’ list, adds Goss. “When your
daily routine is completely changed, it is easy to drift, achieve very
little and struggle to find some structure,” she says.

“If your routine usually involves waking at a certain time, listening to
a particular radio station, leaving the house for a daily commute, it’s
useful to keep those things in place while you establish a new
structure, and adapt to these new working norms,” adds Goss.

“Even getting out and using your daily exercise as a form of commute can
help you return home, ready to start in ‘work mode’.”

Serial entrepreneur and mother-of-two Natasha Courtenay-Smith, has
launched free Zoom business classes for children aged 7-12 called Bolt
Biz Kids, and adds that we are, in many ways, busier than before, even
though a lot of our activities and tasks aren’t happening.

“Most people who are working and have children at home are trying to get
more done in a day than they usually would – with homeschooling,
entertaining, mealtimes and looking after the home,” she says.

“It’s therefore more important than ever to be organised and add
structure to the day, otherwise everything piles up and everyone ends up
in tears. Children also are used to having structure to their day, in
terms of times of classes and break times, and are not used to occupying
themselves for hours on end without it.

“While some of our usual busy-ness has been taken away due to less
socialising and travel, we are incredibly busy, due to the combination
of the above.”

Goss adds: “A routine is often praised for being beneficial for
productivity and while that is true, right now, it’s important to think
of it as a good way to lower stress levels, and keep you happier and
healthier too.

“Working from home demands a bit more thought into creating a routine,
because you don’t have the visual cues around the office that signal
it’s time to shut down, stop work or take a break.

“Doing things such as timetabling in break times, even setting an alarm
to remind you to stop work or scheduling a final ‘end of day’ meeting or
chat that wraps up your working day, can be helpful.”

“If you can, keeping the weekends free for family and leisure time also
helps you not to be tempted to keep working, which is easily done. It
helps everybody in the household to have a break and have boundaries
between work life and home life,” adds Goss.

Courtenay-Smith, who is running daily Facebook sessions for parents and
kids at 2pm, which can give you a good routine ‘peg’ for your day, says:
“In his teachings of the six human needs, motivational speaker and
author Tony Robbins talks about how one of our strongest needs is for
certainty – which is knowing what is going to happen and devising a plan
for achievement.

“Certainty can be thought of on a grand scale, i.e. a plan for the next
10 years of our lives, or a micro scale; what to expect from the day
ahead. To put it simply, people don’t usually like surprises, and even
if we like a surprise, it can still derail what we see as our certainty

“That’s why unexpected things, such as having to take the cat to the vet
or getting stuck in traffic pre-lockdown, would add so much stress,
because it throws our certainty out of the window.”

Give your family and children a degree of certainty by sticking to a
routine, says Courtenay-Smith. For example, saying between 9am and 11am
we do school work, from 11 – 1 we occupy ourselves, and at 1pm we have
lunch.

“If this then repeats as a routine, family members know what to expect
at what time, and everyone relaxes. Although it’s not written down, most
of us operate to such routines whilst at school and work.

“Many people are saying that ‘every day is the same’ and the weekend
just blends into every other day. It’s true we don’t have our usual
options to travel, see friends and places at the weekend, but if the
weekdays operate around a clear routine, then weekends will feel freer,”
adds Courtenay-Smith. 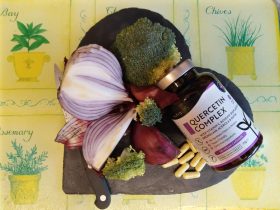