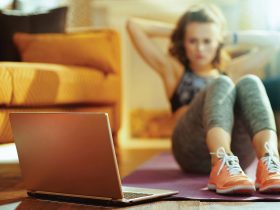 WAYS EXERCISE IS GOOD FOR YOUR IMMUNE SYSTEM

We’ve been up since 5 am as we want to clean the house where we’ve been staying in Antigua for the last two months, from top to bottom so it will be nice and welcoming for our friends when they get back from Australia. It was supposed to be for three months but we have been told we have to go home early because of Covid19!

Our friends very kindly let us stay in their amazing home in return for looking after their totally adorable little kitten called Zeby.  How generous was that?

It is for this reason we want to make sure we leave everything as we found it, with their bed made up ready for them to collapse into if needs be upon their return, and a few little surprise gifts darted around the place. My only sadness is that I haven’t managed to get a card to say thank you. I find myself praying with all my heart that they manage to get back home. They have to fly to the UK before returning to Antigua, and odds are against them making it home before lockdown.

The journey back on BA was horrendous. All we were given to eat and drink on an 8-hour flight was a cheese sandwich (which was so disgusting it wasn’t even edible) and a very tiny bottle of water. We weren’t given breakfast this morning and when we touched down in Gatwick there was nowhere open to get provisions!

Our connecting flight back to Jersey has been cancelled and there are no hotels open in Gatwick. We’ve managed to get booked on the last Jersey flight before lockdown which leaves early tmorrow morning, but it is freezing in the airport and we know we will have to sit in a chair all night or lay on the floor.  It was only 3.30 am (Antiguan time) when we landed at Gatwick in other words, a full 28 hours before we can board our plane to Jersey!

The air conditioning is on full blast to prevent people staying here we have concluded. We are cold, hungry and exhausted. We are hoping they hand out blankets and hot drinks (this didn’t materialise). People are lying on the floor mostly with their coats wrapped around them tightly for warmth and comfort.

A French lady who must be in her mid-80’s, has been waiting for a flight to Paris for, she claims, a week. Alastair and I wonder if it is an exaggeration.

Two police officers have come and told the French lady to move on. It turns out this is her sixth night, they have said.  She’s told us that she thinks she’s contracted ‘the virus’ because the pain in her chest feels like someone had crushed her ribs; she feels exhausted and can’t stop coughing.

I must admit, I backed off a few paces when she said that! The police seem to have escorted her out of the building. She said the flights to Paris were ‘fini,’ and she couldn’t afford the Eurostar. She said it would cost €170.00.  Alastair and I are so shocked at seeing her driven out of the building like that. We wonder if it would’ve been good to buy a ticket between us for her.

Unfortunately, we can’t find her again. We both felt so guilty for not making the offer there and then that we have been looking for her. In our defence, the police arrived within seconds of the conversation ending, so we were still trying to take in what she’s said. Come to think of it, there are no ticket or information desks open anywhere anyway. Not even a left luggage place for our heavy suitcases. Oh, and the escalators and travellators have been shut down to save on some of the costs of keeping the airport open.

After all that excitement (if you call it that) we have finally found an M&S open and selling hot chocolate and biscuits and we are told, later in the day there will be sandwiches. The price is outrageous because they said it is the only way they can afford to keep open. However, we are so cold and hungry I think we’d eat cat food and pay £40 each for the privilege!!

An hour or two later

There is another couple from Jersey nearby and they are also shivering and phoning all round London for a bed without any joy whatsoever. The wife has said she is going to have one last try and has phoned a place called Alexander House which is in East Grinstead.

To our absolute surprise and joy, they said that even though they are technically closed for all but essential workers, they will let us stay the night as long as we don’t leave our respective rooms.

We got a taxi by some fluke (few taxis running) and the four of us took a long journey to what has turned out to be a very plush hotel. They said they have no chef on duty but they could probably manage omelette and chips or steak and chips.

The food has arrived in our rooms along with a lovely bottle of red and they have given us permission to congregate in the one bedroom to eat if we want to, given we are traveling together and already shared a cab! This couple had travelled from Singapore and are friends of Alastair’s from long ago, when his children were at school with theirs.

Needless to say, the food was like manna from heaven but equally, we enjoyed the warmth and the camaraderie!

The bed is really comfortable, but knowing we have to be up and dressed by 5 am means we probably won’t sleep much…but a million times better than if we’d stayed in Gatwick airport.  I wonder what shenanigans tomorrow will bring. Night night.

Read about the final leg home and the aftermath in next month’s issue. 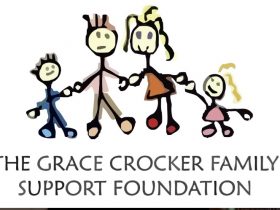 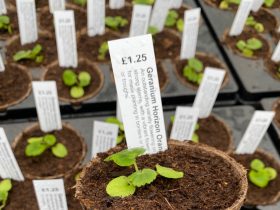 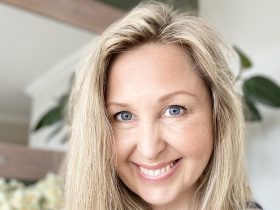 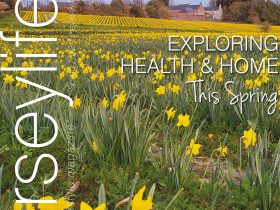